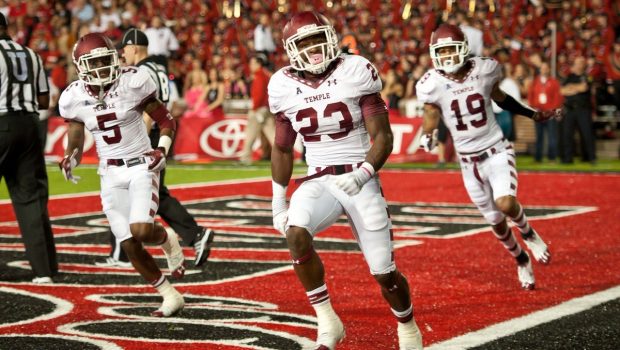 The 25-year-old Williams was on the 1800 block of West Montgomery Avenue around 4 a.m. when he was shot in the head by an unidentified gunman.

Williams was taken to Temple University Hospital where he was pronounced dead at 4:38 a.m. No arrests have been made and a weapon has not been recovered.

Williams was a star running back at Timber Creek High School in Sicklerville, New Jersey, where he was ranked as New Jersey’s 16th best football player.

During his freshman year at Temple in 2013, he ranked third on the all-time freshman rushing list with 533 yards. He was named to the 2013 American Athletic Conference All-Academic Team and was a 2013 honorable mention for the All-Freshman team.

Williams missed several games due to a back injury during his sophomore year. He then transferred to the University of Maine.