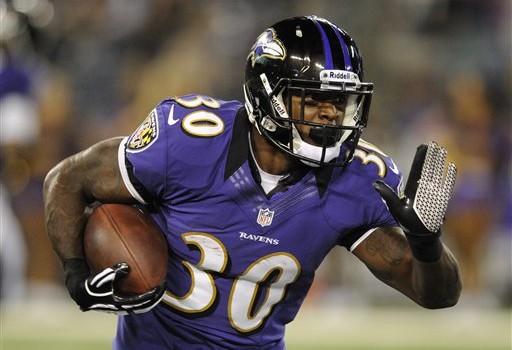 The Baltimore Ravens released him after he was arrested early Wednesday morning on a DUI charge.

Pierce’s 2014 Ford Mustang was stopped just before 2 a.m. for speeding at Dulaney Valley Road and I-695 in Towson, Maryland, the Baltimore County Police Department said in a report obtained by NFL Media.

After failing field sobriety tests, Pierce was arrested and taken to the Towson precinct for processing.

The 23-year-old Pierce was processed and released from custody.

According to the arrest report, Pierce predicted the Ravens would release him.

“Do you know what happened the last time a Ravens player got a DUI?” Pierce asked the officer while en-route to the station. “I’m getting cut tomorrow, not like you care.”

Pierce was viewed as a likely candidate to be cut before the beginning of the season. The DUI evidently was the nail in his coffin in Baltimore.

An Ardmore native, Temple grad and 3rd-round Ravens pick in 2012, Pierce started the first two games of 2014, suffered through another terrible campaign in 2014. Beset by an early injury, he earned just 366 yards on 93 attempts — a 3.9 yard average — and scored just twice. He owns a career average of 3.8 yards per carry and isn’t a short-yardage battering ram — five career touchdowns. Now with the legal situation hanging over his head, Pierce won’t find many suitors on the open market.

With Justin Forsett’s emergence, Pierce became superfluous in Baltimore. The Ravens will likely move forward with the newly re-signed Forsett, Lorenzo Taliaferro and another young back taken in a deep draft in 2015.