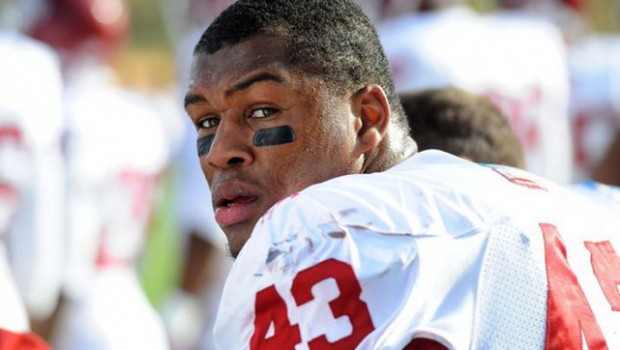 According to several cources, the Philadelphia medical examiner’s office has ruled Robinson’s death a suicide by hanging.

Robinson had played for six teams in three NFL seasons, and had just signed to play in the CFL.

Robinson left behind a young daughter, and his agent issued a statement expressing his concern for her future.

“Adrian was a beloved father, son, brother, friend and teammate,” the statement read. “We ask that you please respect his family’s privacy during this difficult time, and especially keep his daughter Avery Marie in your prayers. Thank you for all of your support and consideration.”