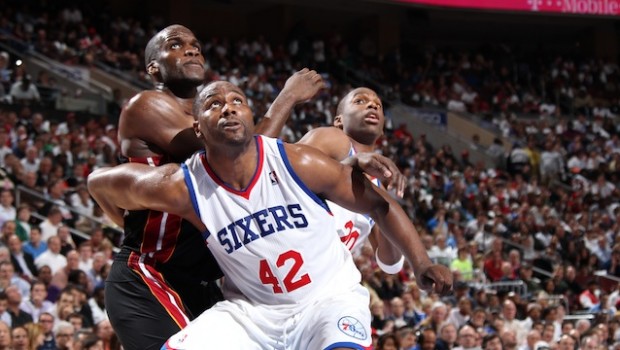 FORMER SIXER ELTON BRAND TALKS ABOUT WHAT COULD HAVE BEEN

It’s always great to hear from fading stars, though in this case we are hearing from a player who was signed as a Sixers free agent by incompetent general manager Ed Stefanski, who somehow didn’t understand that a torn Achilles tendon is the hardest injury to come back from.

At 35, Hawks forward Elton Brand knows his career is winding down.

“I’m enjoying riding the bus,” he said. “When I go to Utah, I take a walk and try and get a lunch in the mountains or something because I don’t know if I’ll be back here.”

Brand played four seasons with the Sixers and helped lead them to Game 7 of the 2012 Eastern Conference semifinals. Brand said it’s been hard watching the Sixers struggle and wondered how much better off the franchise would be today had it stuck with a promising group of young players.

“I see the pieces around the league,” Brand said. “Lou Williams getting 30. Andre Iguodala having a great glue-guy personality. Even (Mo) Speights is getting 20 off the bench. (Nik) Vucevic (in Orlando) is 30 and 15 some nights.”