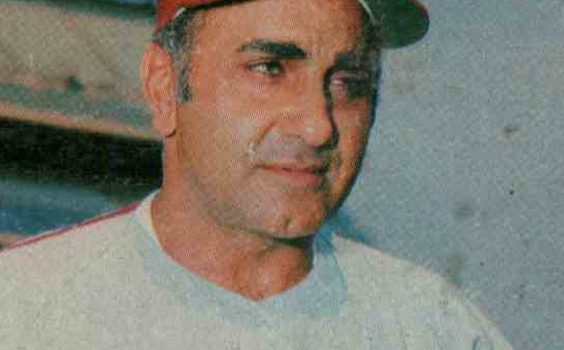 Frank Lucchesi, the oldest living Phillies manager, died on Saturday at age 92 in Colleyville, Texas. He managed the Phillies from 1970-1972, winning the final game at Connie Mack Stadium and the first game at Veterans Stadium.

Lucchesi, a baseball player, manager and coach, was born in San Francisco, Calif., on April 24, 1927.

He was an outfielder who spent his entire playing career (1945-57) in the Minor Leagues, hitting .277 in 1,090 games. After five years of managing in the Minors, Mr. Lucchesi joined the Phillies organization in 1956 as manager in Salt Lake City. He spent 15 years in cities such as High-Point Thomasville, Williamsport, Chattanooga, Little Rock, San Diego, Reading and Eugene. He was the Reading manager when they first became affiliated with the Phillies in ’67. 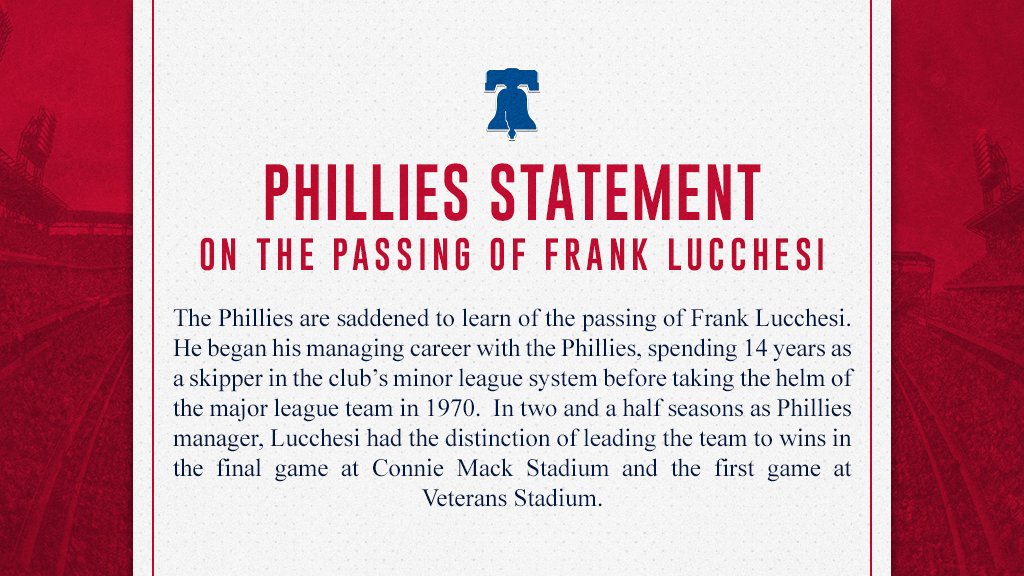 Lucchesi won seven pennants in the Minors and was named manager of the year five times.

He was known for unusual antics in the Minor Leagues, once climbing a water tower beyond the outfield wall after he was ejected from the game. That couldn’t be done in the Majors. He also was known to pile dirt on home plate following an ejection. He did that a couple of times in the big leagues.

“I have two great memories and both were with the Phillies,” he once said. “Opening Day in 1970 at Connie Mack Stadium, after over 20 years in the Minor Leagues, I was finally in the Major Leagues as a manager. Very emotional day for me. I was so happy. Then, 1971, the first game ever played in Veterans Stadium. Both hold a very special place in my heart.”

Mr. Lucchesi deserves credit for Larry Bowa making it as a big leaguer. Bowa struggled mightily at the start of his rookie season (1970), hitting only .159 at the end of April.