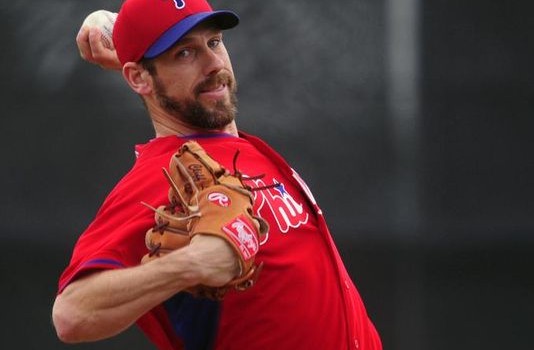 As difficult as it may be to believe — and Howard Eskin to spell! — ex-Phillies ace Cliff Lee has been given the medical clearance to throw again and wants to pitch in the major in 2016.

Lee, who was released by the Phillies after missing the entire 2015 season, is again throwing after receiving medical clearance to pitch, his agent, Darek Braunecker, told CBSSports.com.

The 37-year-old Lee, who hasn’t pitched since July 2014, was put on the 60-day disabled list before spring training last season in an attempt to rehabilitate a torn common flexor tendon without having surgery, which was recommended.

It’s the third time the left-hander has tried to come back from the injury without an operation.