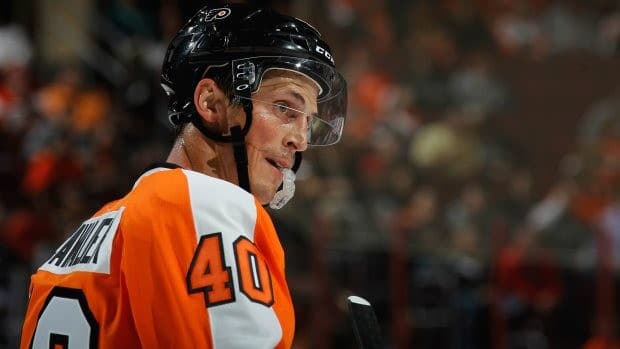 Former Flyer Vincent Lecavalier, who played for 17 years in the NHL and won a Stanley Cup, officially announced his retirement yesterday.

Lecavalier first announced his decision to retire at the end of the 2015-16 season when he was traded to the Los Angeles Kings in January, and he reiterated his plans as recently as April.

“I recently informed the Kings that I am stepping away from the game and will no longer play professional hockey,” Lecavalier said in a statement. “It is my desire and intention to retire.

“Hockey has provided me so much in my lifetime but requires an incredible commitment. It is now time for me to devote more time to my family.”

The San Jose Sharks eliminated the Kings from the playoffs in the first round.

The 36-year-old forward scored 949 points and won the Stanley Cup in 2004 during a career that began with the Tampa Bay Lightning, who made him the No. 1 pick in the 1998 draft. A dangerous scorer with a physical presence on the ice, he won the Maurice Richard Trophy as the NHL’s top goal scorer while racking up a career-high 108 points during the 2006-07 season.

He signed with the Flyers in 2013 but struggled mightily with his new team. He eventually spent long stretches as a healthy scratch.

He agreed to a trade in January to the Kings, who offered him playing time on a contending team. He had 10 goals and seven assists in 42 games while playing a valuable two-way role for Los Angeles.

“Hockey is the greatest team sport in the world,” Lecavalier said in his statement. “There is nothing like sharing a locker room with your teammates and competing together day in and day out. I have made lifelong friends and I’d like to thank them for making this an unforgettable journey.”