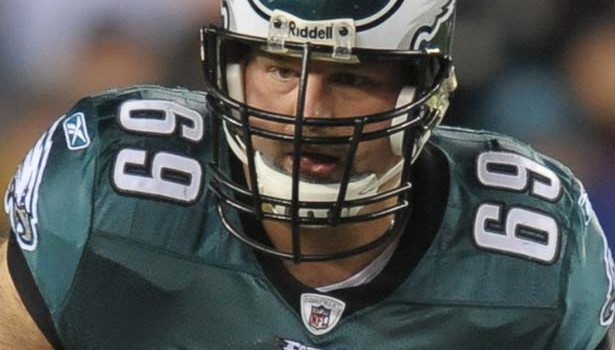 RUNYON: GIVE CHIP’S EAGLES REBUILD A CHANCE — ‘IT COULD BE BAD’

Everyone has an opinion of Eagles coach and Supreme Leader Chip Kelly, but few have a better perspective than Jon Runyan.

Runyan was a stellar offensive tackle for the Eagles during their great run when they went to four NFC championship games and a Super Bowl, beginning in 2001. So Runyan, who has since been a two-term Congressman from New Jersey, does have a little insight into successful rebuilding projects.

In a radio interview on 97.5 The Fanatic, Runyan discussed Chip Kelly’s rebuilding of the Eagles. Unlike Andy Reid, who began the moment he was hired in 1999, Kelly waited until Year 3 of his tenure to swing the wrecking ball.

“I say give him the opportunity to get his own people in there and see what happens,” Runyan said on 97.5. “It may turn out to not be that great of a season, but you go through those growing pains.

“When you have massive turnover like that, that creates some inconsistencies. The lack of communication and that non-verbal communication that you have with your teammates — because you don’t have as many reps with them, that shows itself on Sundays.”

“It could be bad,” Runyan said, “but you never know. You get a defense getting turnovers and a prolific offense putting points up, it changes the whole dynamic. It can happen, but history says it’s not going to be pretty.”