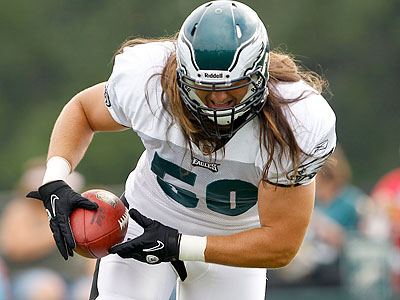 Talk about addition by subtraction!

The Eagles, under former genius Andy Reid, drafted Casey Matthews back in 2009, and Reid immediately began hyping him because of his surname.

Unfortunately, Casey turned out to be a shell of Pro Bowler Clay, who plays for Green Bay.

Matthews, 26, started 11-of-16 games at inside linebacker for Philly in 2014, notching 53 tackles and 1.5 sacks. His starts came in place of the injured Mychal Kendricks (three) andDeMeco Ryans (eight).

Matthews (6-1, 245) could vie for playing time at middle linebacker for Minnesota. Jasper Brinkley, an 11-game starter in the middle last season, signed with Dallas earlier this month. Matthews could also be asked to contribute on special teams.

A fifth-year pro from Oregon, Matthews has appeared in 64 regular season games, notching 112 tackles and 2.5 sacks.