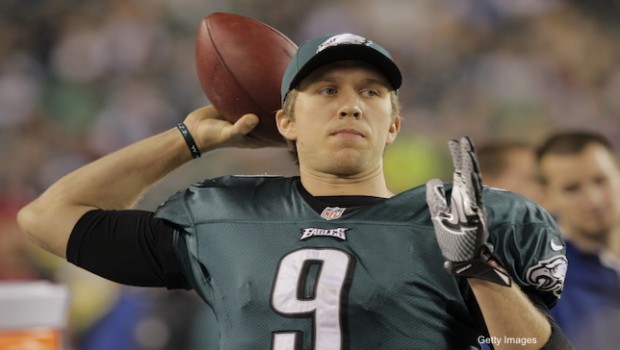 FORMER EAGLE FOLES IS NOT ‘OVERJOYED’ TO BE LEAVING PHILLY

When QB Nick Foles was traded by the Eagles last week to the St. Louis Rams for Sam Bradford, it was reported that he was “overjoyed” to be leaving Philly.

Now, in an interview with SI’s MMQB, he says that isn’t true and explains the miscommunication, which he blames on a reporter:

That’s exactly what the text message says. Do you see anything in that text message that says I’m overjoyed? That’s not even a part of it. It got misconstrued. I never said that.

I loved my time in Philadelphia. I loved the fan base, the people, and they will tell you the same thing. I really enjoyed my three years there and am thankful for it. But I’m excited to be in St. Louis, and to be a part of this organization.