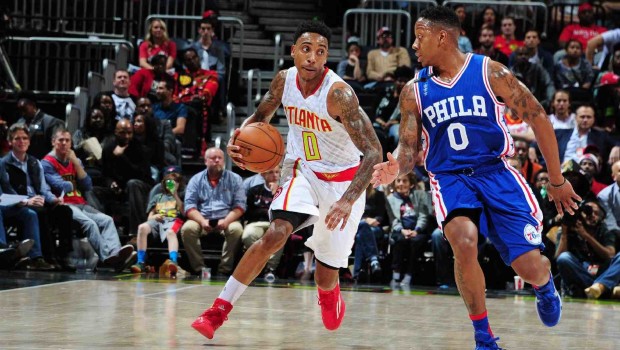 FORGET SIXERS TRADE OF NOEL FOR TEAGUE, WHO IS DAMAGED GOODS!

So much for the rumored Sixers trade of Nerlens Noel to the Atlanta Hawks for Jeff Teague.

That’s because Teague revealed on his Instagram (since deleted) that he played during the 2015-16 season with a torn patella tendon.

This is, of course, huge news for the soon-to-be 28-year-old point guard, as Teague is set to enter a contract year in 2016-2017 in addition to the trade rumors. Teague struggled in many aspects during the 2015-2016 season, taking a sizable step back from his breakout, All-Star season in 2014-2015, but he did manage to shoot 40% from beyond the three-point line, which helped Teague to maintain real value offensively. Still, his defensive regression and overall downgrade were undeniable, and this ailment could help to explain those issues.