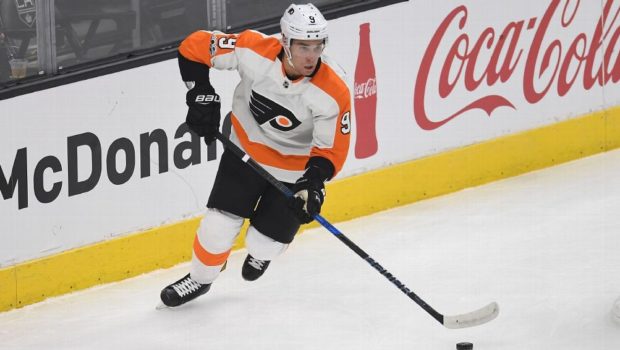 I debated putting Provorov on this list, only because his rookie season was basically good enough to qualify as a breakout campaign: He put up 30 points while appearing in all 82 games last season. Provorov also finished the season with Philly’s highest average ice time, at nearly 22 minutes per game. It’s fair to say he already has arrived — but I think he’ll have an even bigger season in 2017-18.

It seemed as though Provorov improved throughout last season, becoming an all-situations type of defenseman. There were some early struggles, but coach Dave Hakstol stuck with the rookie and let him grow into his game. It turns out the young Russian was a quick study. As the Flyers start turning things over to some of their other younger defensemen, including Robert Hagg, Travis Sanheim and Samuel Morin, they’ll need to rely on Provorov even more. It’s fair to expect a boost in both minutes and points for the 20-year-old defenseman: