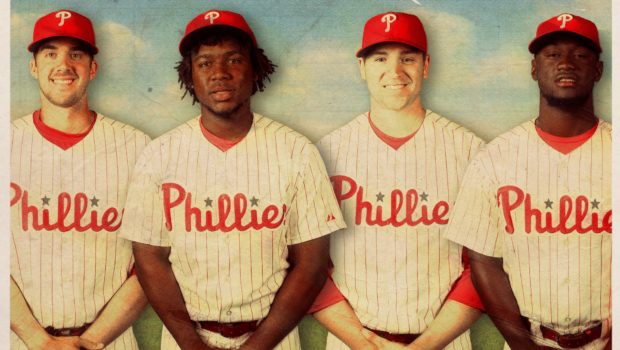 The Phillies were supposed to be terrible this year: a hodgepodge of unproven rookies and dinosaurs playing out the string, plus some just plain bad players mixed in for variety. Among many others, the projection system at Baseball Prospectus picked the Phils to finish with the worst record in baseball.

Instead, behind one of the most exciting young pitching staffs in baseball, Philly sits at 26–28, 5 1/2 games out of first place in the NL East. But as unexpected and fascinating as that hot start is, it’s only raised more questions — the most immediate of which is: Is this team actually any good?

Except, that’s not particularly important, and we’ll come back to it later.

Here’s the real question: How did this happen?