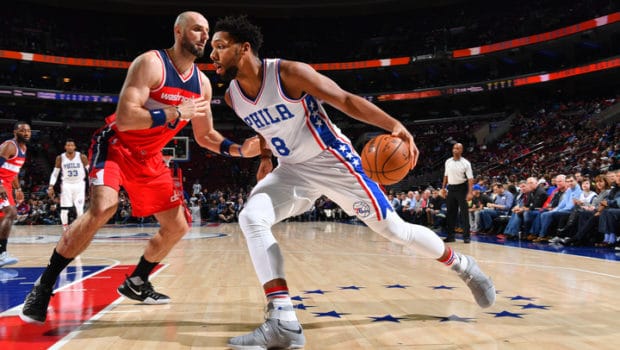 The Sixers have been dangling Jahlil Okafor to trading partners for what seems like going on two years, and now that the team has achieved respectability with a 5-4 record that effort has amped up.

Okafor wanted the Sixers to buy him out, which makes no sense for the team, which drafted home No. 3 overall in 2015 and wants to recoup some value for the 6-11 Jah.

ESPN has some thoughts, which we agree with:

Trading for Okafor makes far more sense for a rebuilding team, with the Chicago Bulls, Brooklyn Nets and Phoenix Suns the three most reasonable options.

Still, his long-term upside is limited, because if Okafor plays well the rest of the season, he’ll have to be re-signed as an unrestricted free agent.