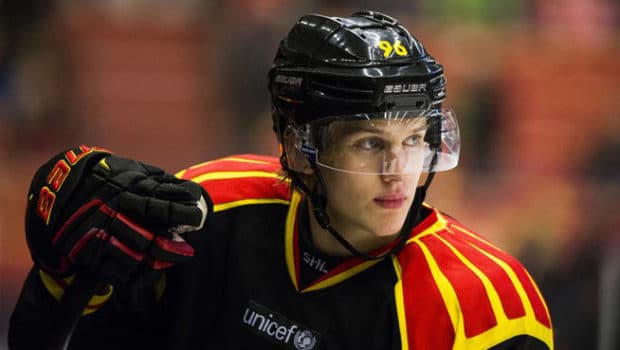 The Flyers lost an eminently winnable game yesterday at the Wells, dropping a 1-0 decision to the Vegas Golden Knights.

But the talk of the post-game was the hit on Oskar Lindblom midway through the third period.

Lindblom lost the puck along the side boards with Golden Knights defenseman Brayden McNabb in coverage. As Lindblom stopped to retreat, McNabb slammed him face-first into the boards and appeared to use his forearm up against Lindblom’s head.

The 22-year-old winger stayed down as play eventually stopped. He was helped off and never returned over the final 9:20 of regulation. No penalty was called on the hit and as the replay was shown on the Jumbroton, Flyers fans went berserk.

Coach Dave Hakstol had a good take on the play:

The ref was in a good spot on it. I haven’t looked at it on tape. That’s a big guy hitting a smaller … Oskar’s not as big as he is. From my vantage point, was it a high hit? Yeah. Was it a penalty? I don’t know, [the officials are] standing right there. They’re in a spot to make the call. I can go back and ref by video, I’ll go back and take a look at it. It looked like it could have been a high hit, they were right there in position, so defer to their call.