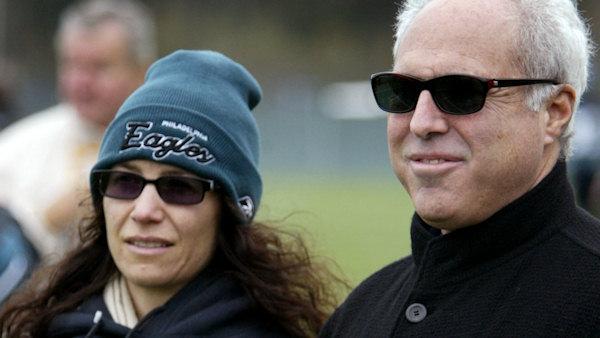 EAGLES WORTH $1.75B; LURIES WOULD HAVE TO SELL TO GET IT!

So, once again Forbes magazine has come out with its annual valuation of NFL team.

The good news for owner Jeffrey Lurie is that the Eagles, which he bought in 1994 with a $185 million check signed by his mother, are now worth $1.75 billion!

The bad news for Lurie is that he would have to sell the team to get the money — he actually only owns a little more than half since his former wife Cristina got almost half in their divorce settlement above).

But while the Eagles’ overall value has increased, their ranking has dropped. In 2014, the Eagles were the 17th most valuable sports team. Now the franchise ranks two spots lower at No. 19.

Their position in the NFL has also dropped. The Eagles were the sixth most valuable team in the league last year, but now they are seventh. The six teams ahead of the Eagles include:

As you can see, the Eagles are the least valuable team in the NFC East. Or you could spin it to say they’re the most affordable if you’re looking to buy! Who wants to get a Kickstarter going?

The most valuable sports team in the world is once again the Real Madrid Club de Fútbol valued at $3.26 billion overall. That number is actually down from last year’s figure of $3.44 billion.