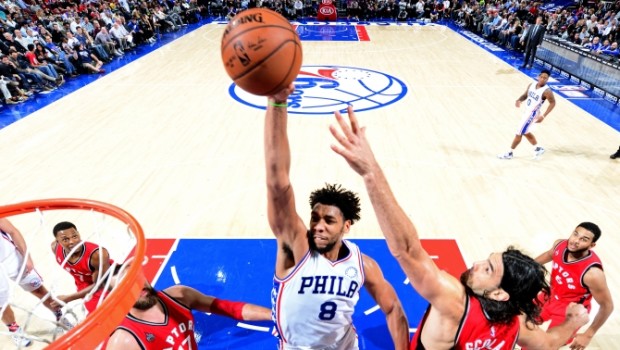 FOR SIXER JAHLIL OKAFOR, IT’S THE ROAD TO ROOKIE OF THE YEAR!

Through eight games, Jah has compiled averages of 20.6 points, 6.9 rebounds and 1.3 assists.

The Sixers begin a road trip tonight in Oklahoma City — eight of the next 10 games are on the road — and for a rookie like Jahlil Okafor, who’s experiencing the busy, condensed nature of the NBA regular season for the first time, the pace is different.

“Oh yeah, you definitely lose track of day,” said Okafor about the effects of the schedule. “I forgot that we were leaving town [Thursday], and that we were going to San Antonio after that. So, it’s all new to me. You definitely kind forget what day it is. You just know you have to be on the road for a little bit.”

Okafor appeared in 38 games during Duke’s run to the national title last year, an above-average number when taking into account that most college programs don’t play more than 30 games in a season. Still, those 38 outings don’t even represent half the length of an 82-game NBA campaign. Then, there’s also the intensive travel demands.

“I hate packing,” Okafor said, discussing the Sixers’ upcoming stretch. “That’s one of my pet peeves. I don’t like packing at all. Trying to decide what outfit you’re going to wear to the game. I have a routine, though, that I’m trying to get down.”