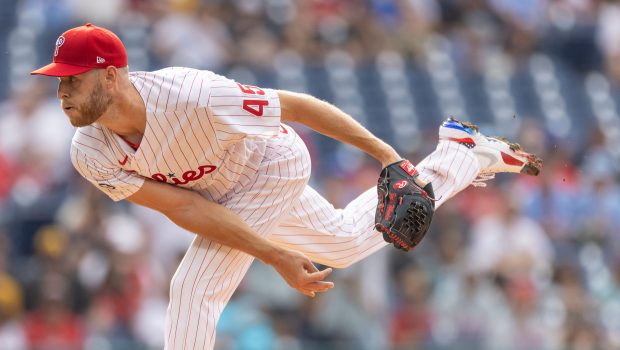 PHILS WHEELER — SUNDAY IS FOR RESTING ON HIS CY YOUNG RECORD!

Zack Wheeler’s turn in the Phils rotation Sunday will be used by another starter.

In his second year since joining the Phillies as a free agent, Wheeler finished 14-10 with a 2.78 ERA, led the NL in innings pitched (213) and his three complete games were tied for the league lead with St. Louis’ Adam Wainwright and Colorado’s German Márquez.

“After discussions with everyone involved in the organization, we think it’s best that his season stops,” manager Joe Girardi said. “He’s thrown a lot of innings. He did more than anyone can ask. Next year is really important to us and I don’t see any reason to run him out.”