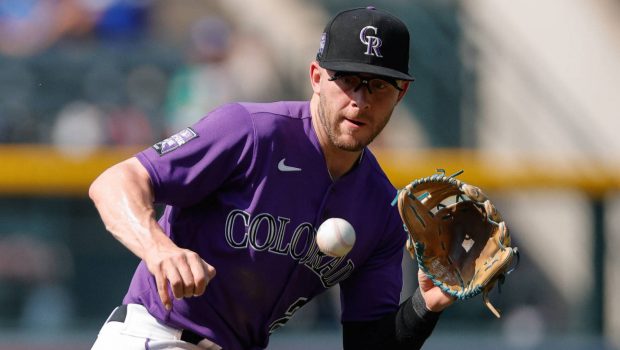 FOR PHILS, TREVOR STORY AT SHORTSTOP MAY COST STUPID MONEY

The Phillies have question marks on both positions on the right side of the infield.

Trevor Story’s a great fit on paper, particularly given the team’s desire to upgrade defensively.

Will they want to commit huge resources at shortstop with need to fill at third base, the bullpen and two outfield spots?

What kind of contract Story can expect to land.

Story is one of the tougher players to value.

That’s largely because Story hit the market coming off his worst offensive showing in four years.

He was a middle-of-the-order caliber hitter between 2018-20, though, and that 2021 downturn was attributable mostly to a poor first half.

Story got off to a tough start to the year, including a few weeks on the injured list owing to right elbow inflammation.

Yet over the season’s final couple months, his offensive production landed right in line with peak levels.