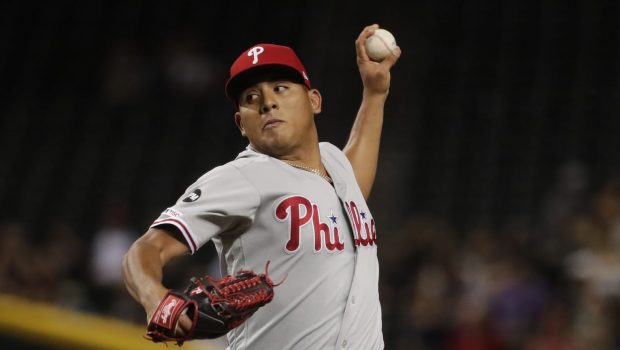 FOR PHILS STARTER RANGER SUAREZ, 86 PITCHES IS A BRIDGE TOO FAR!

It may be time to revisit the Phillies experiment with Ranger Suarez as a starter.

Against the worst team in the National League, Suarez allowed three runs on eight hits and four walks with two strikeouts over 4 2/3 innings in last night’s loss to the Diamondbacks.

Suarez took the loss and struggled to limit baserunners, giving up eight hits and walking four batters. One run would score in the third inning on a wild pitch after walking a batter and hitting another. A base hit by opposing pitcher Humberto Castellanos would bring a second run across the plate in the fourth. Carson Kelly would add one more in the fifth before Suarez was done at 86 pitches — 54 for strikes.

He had given up just one run over his last three starts — only ten total innings. The 86 pitches were a season-high after starting the year in the bullpen. The 25-year-old left-hander will take a 1.47 ERA, 1.02 WHIP, and 53 strikeouts over 55 innings into his next start against the Rays in Philly next week.