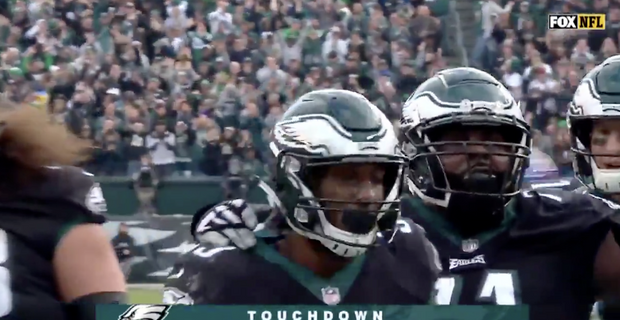 FOR 3 BIRDS ON A BUBBLE, TONIGHT’S JETS EXO IS MAKE OR BREAK!

The Eagles need to cut down their roster to the Final 53 by 4 p.m. on Saturday, so tonight’s exo against the Jets has special meaning for these Birds on the Bubble:

What a difference a year makes. In 2018, Josh Adams led the team with 511 yards on the ground after Jay Ajayi went down with an injury.

Then, the Eagles traded for Jordan Howard and drafted Miles Sanders in the second round of this year’s draft. And they also re-signed Darren Sproles for another season.

Consequently, the Eagles could part ways with their leading rusher from a year ago when they have to make roster cuts. Besides Adams, Wendell Smallwood is also going to be a possible candidate to be shown the door this week.

This preseason, Adams hasn’t done much to cement a role on the team for this season. The Notre Dame product has carried it 15 times for 28 yards and has caught five passes as well.

To the dismay of some Eagles fans, the team will be releasing some of their key players in year’s past and Adams could be one of them.

Last year in the NFC Wild Card Round, the Eagles squared off against the Chicago Bears. With just 10 seconds remaining in the game, Cody Parkey double-doinked the kick to send the Eagles to the next round in the playoffs.

Most people criticized Parkey for the miss but fail to realize that Treyvon Hester actually got a finger on the ball to slightly change the trajectory of the kick. Fast forward to now and Hester’s spot on the roster is at risk.

Hester, a defensive tackle, is playing at a position that the Eagles are exponentially deep at. Fletcher Cox and Malik Jackson will start while the team is expected to have Timmy Jernigan and Hassan Ridgeway to be the backups.

Considering that the team actually traded for Ridgeway, there’s a chance that he has a slight edge over Hester. Hester has shown some improvements as an interior defender but is it enough to make the 53-man roster? Time will tell if the kick-blocking extraordinaire did enough to carve himself a role on the team.

Just a couple of weeks ago, the Eagles were in dire need of a quarterback. After Nate Sudfeld sustained a wrist injury, the team signed veteran and then retired quarterback Josh McCown.

McCown, a 40-year old journeyman quarterback, will be the team’s immediate backup to Carson Wentz. After Wentz, Sudfeld will remain on the roster while Cody Kessler and Clayton Thorson battle it out.

Keeping four quarterbacks is unusual so there is a chance that Philadelphia parts ways with both Kessler and Thorson. However, if either of them had a chance of staying, it’s likely Thorson—who the team used a fifth-round pick on this year.

Throughout the preseason, Kessler hasn’t exactly impressed with just 57 yards in three preseason games. The former Cleveland Browns quarterback will have one more game on Thursday to make a case to stick with the team beyond the preseason.