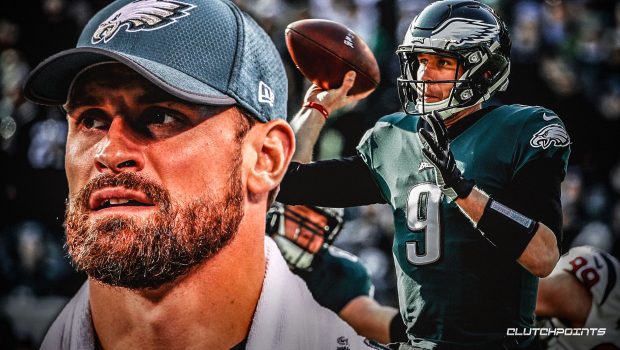 God forbid Eagles quarterback Nick Foles should have a say on where he’ll be playing in 2019!

As the Eagles decide what to do with quarterback Foles, other Birds believe that Foles deserves extra consideration based on his accomplishments on behalf of the franchise and the city in which it is located.

“Nick deserves the opportunity for input,” defensive end Chris Long told Pro Football Talk Live last week. “I think it’s one of those unique situations where, you know, a lot of the times it is a business but this guy, undoubtedly. . . . I mean, they built a statue for him outside of the stadium. You don’t send him somewhere he doesn’t want to be or put him somewhere against his will. I think finding that sweet spot where he has some input and the team wins too if that’s the situation, I think everyone would respect that.”

The deeper question is whether Foles should have more than just input into his next destination. Foles arguably should be unfettered as to his next move, given the Super Bowl trophy he delivered to the franchise. Why would he want to go to a team like the Jaguars via trade when he could get more money by signing with the Jaguars on the open market — and when the Jaguars would keep the draft pick(s) that otherwise would be sent to Philly? That’s why Foles needs to be willing to fight this one, without regard to whether the Eagles get irritated with him for taking a stand.

Teams make decisions in their own best interests all the time. Players need to do the same thing, especially when they have the leverage to pull it off.