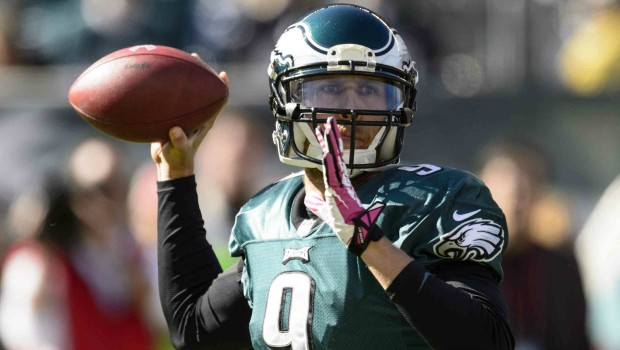 Eagles quarterback Nick Foles hasn’t made much news since Nov. 2, when he dislocated his collarbone against the Houston Texans and was replaced by Mark Sanchez.

But he reemerged Monday with a vengeance.

What Foles expects and what might happen are two different things. Despite the confidence he will be back, Foles did admit he does not know what head coach Chip Kelly and general manager Howie Roseman think about his future with the team.

With his third season in the NFL now complete, Foles has started 26 games, 18 of which were with Kelly as his head coach.

“I wouldn’t say frustrated is the right word,” Foles said when asked about the team’s lack of public support for him. “Every single season, even after I made the Pro Bowl, they go back and look at the film… I love my teammates and I expect to be out there leading them and winning some games…In the NFL, you gotta make smart decisions. I know how to make smart decisions.”

“Statistically, it’s not better, but I feel like as a player, the comfort level was definitely better,” Foles said. “Every game I (felt) more comfortable. The interceptions…I can fix that. That’s something I will fix.”

Foles lost out on the opportunity to prove he could fix it this season, as even in his last game of the season, he threw an interception that was returned for a touchdown.

“It’s been tough,” Foles said of spending the season on the sideline. “Anytime you are injured and can’t be out there, it’s difficult, but it was the hand I was dealt and I knew that as soon as it happened…I was very optimistic (I would return). Every week it felt better and better. It just didn’t heal up fast enough.”

If Sanchez does return, or a quarterback is drafted, Foles said he would be open to a competition.

“They can draft whoever they want to,” Foles said, “I’m going to compete and I’m not going to shy away from that.

“I’ll be back better than I ever have been,” Foles said. “I’ll be fired up and ready to go.”