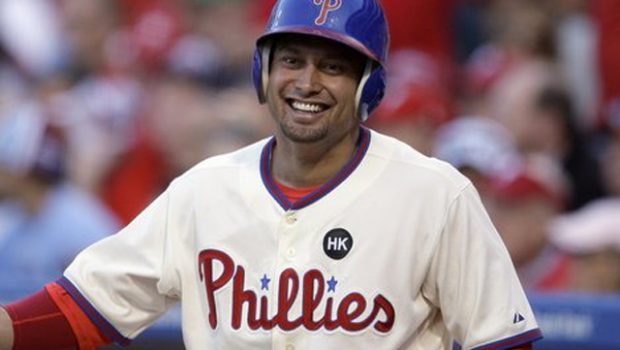 Shane Victorino, who won the World Series with the Phillies in 2008, will throw out the first pitch at Citizens Bank Park today ahead of Game 3 against the Atlanta Braves, the first Phils home playoff game in 11 years.

The Flyin’ Hawaiian played for the Phillies from 2005 through 2012 and played a major role in their postseason success during that time.

Gates will open at Citizens bank Park at 2:07 p.m. on Friday. Postseason rally towels will be available for all fans.

There will also be other events ahead of the game for fans around the ballpark.