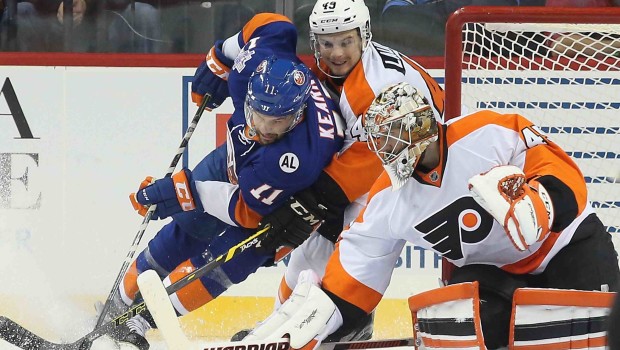 FLYERS WIN IN ALLENTOWN AND LOSE IN BROOKLYN TO ISLANDERS

John Tavares and Anders Lee each had a goal and an assist to help the Islanders win their first preseason game in Brooklyn, a 3-2 split-squad victory over the Flyers. Kirill Petrov also scored for the Islanders. Jaroslav Halak made 12 saves in two periods before giving way to Stephon Williams, who stopped 10 of the 11 shots he faced in the third.

In Allentown, Jakub Voracek and Michael Del Zotto each recorded two points as the Flyers won the other split-squad game, 5-3. Alan Quine, Justin Vaive and James Wright scored for the Islanders.