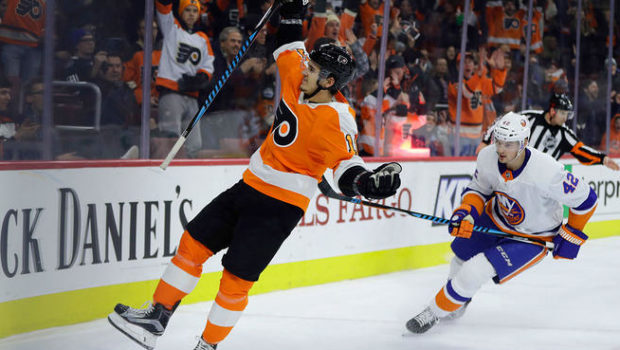 It was a game between the two teams currently at the bottom of the Eastern Conference standings.

“As hard as it has been to eat all the losses (as coaches) … they are the ones who play,” Flyers coach John Tortorella said.

“I can imagine how they feel, but there are some good things going on for development and your team concept. You have to hang your hat on it somewhere or you will lose your minds.”

Konecny recorded his first shorthanded goal in the NHL for the first period’s lone goal, turning a Gustav Nyquist turnover in the defensive zone into a scoring chance capped off with a wrister over Tarasov’s glove. Konecny would score the eventual game winner early in the third period with his 14th goal of the season, an unassisted breakaway goal off the backhand into the upper right corner.

The Blue Jackets bunched two goals together midway through the second period to take the 2-1 lead on Johnson’s wrist shot past Hart on a 2-on-1 breakaway.