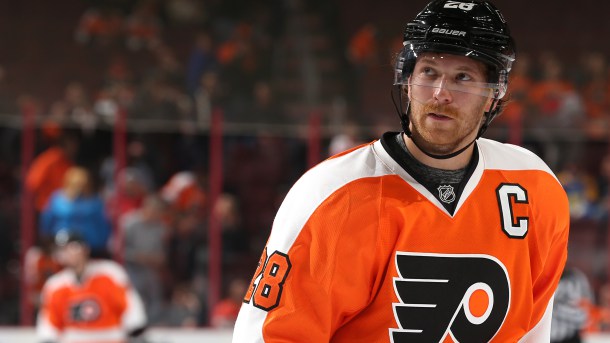 FLYERS WILL HAVE TO BEAT CANES WITHOUT CAPTAIN CLAUDE GIROUX

Five points out of the eighth seed and last playoff spot in the Eastern conference, the Flyers will have to suit up once again without captain Claude Giroux tonight against the Hurricanes.

“He’s the head of the snake — the big dog,” rookie defensman Shayne Gostisbehere told CSN.com yesterday. “He’s our captain and leader. Everything runs through him. We can’t use it as an excuse. He’s a huge loss and we’re definitely going to miss him.”

General manager Ron Hextall announced yesterday that Giroux will miss tonight’s game in Carolina with an upper-body injury. This coming a day after the GM told reporters there was a possibility of Giroux’s return to the lineup after missing his first game of the season on Saturday.