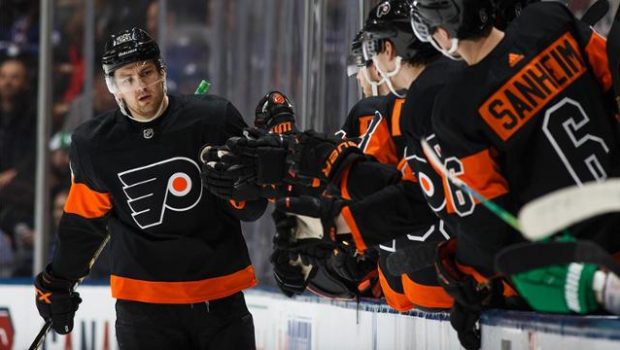 FLYERS WILL BE ON CABLE TV 18 TIMES, BIG NETWORK ONLY TWICE!

The Flyers will be featured on national television a total of 20 times during the 2019-20 season.

The Flyers will be a part of NBCSN’s “Wednesday Night Hockey” series a total of eight times. Five of the eight games will be played against Metropolitan Division opponents, including the Flyers season opening game at the Wells Fargo Center against the New Jersey Devils on Oct. 9. The Flyers will also play the Washington Capitals on three occasions and the New York Rangers once (Apr. 1).

Rounding out the Flyers schedule on “Wednesday Night Hockey” will be three road games against Western Conference opponents, which includes a meeting against the Edmonton Oilers (Oct. 16), Colorado Avalanche (Dec. 11) and the defending Stanley Cup Champion, St. Louis Blues (Jan. 15).

The Flyers will also play an additional two games on NBC for their NHL Game of the Week, both of which will be on Sunday afternoons. The Flyers will travel to Madison Square Garden on Sunday, Mar. 1 to face the New York Rangers and, at the end of the month, they will host the Pittsburgh Penguins at the Wells Fargo Center on Sunday, Mar. 29.

The Flyers will play 10 additional times on an exclusive national broadcast. Some other games will be blacked out in the local market and televised in those markets by a regional carrier. The local television broadcast schedule will be released at a later time this summer.

Below is a list of dates for the Flyers national broadcast.

NBC Sports has announced that it will televise 109 games during the 2019-20 NHL regular season with coverage beginning Wednesday, Oct. 2, at 8 p.m. ET on NBCSN, when Ryan O’Reilly and the defending Stanley Cup Champion St. Louis Blues raise their championship banner to the rafters and host Alex Ovechkin and the 2018 Stanley Cup champion Washington Capitals.

• Doubleheaders: 14 of 25 “Wednesday Night Hockey” showcases on NBCSN will be doubleheaders, with a nearly equal balance of Eastern and Western Conference teams;