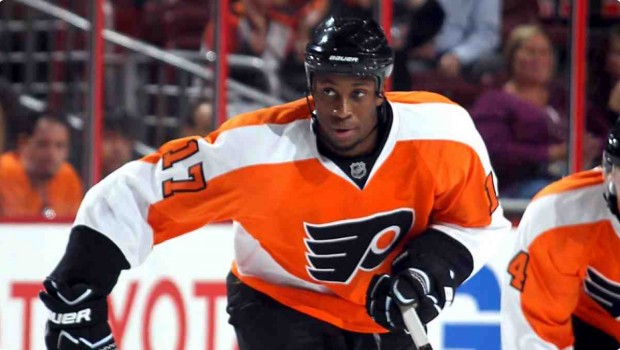 FLYERS WAYNE SIMMONDS MIGHT FETCH A 1ST-ROUND PICK IN TRADE!

Flyers forward Wayne Simmonds seems to have been on the trading block for as long as he has been in Philly.

If Brian Boyle was able to fetch the New Jersey Devils a second-round draft pick, Simmonds could probably attract a first-rounder and more.

The 30-year-old has seen his point totals decline over the last three seasons, but he’s still on pace to score 24 goals this season (he has 16 goals and 24 points in 55 games).

He’s also a big body, which every team can use during a playoff run. They shouldn’t have a hard time finding a taker for him if they still intend on moving him.

“Wayne has played hard, he’s been very good of late and I can’t commend him enough on his professionalism, his attitude,” Flyers general manager Chuck Fletcher said, per NBC Sports Philadelphia. “You watch him in celebrations after we win a game, he’s pretty much the first guy out there to congratulate Carter [Hart] or Anthony [Stolarz], as the case may be. He’s just a great teammate and has done a lot for this franchise.”

So if the Flyers keep rolling, can they afford to trade such an important piece of their roster?