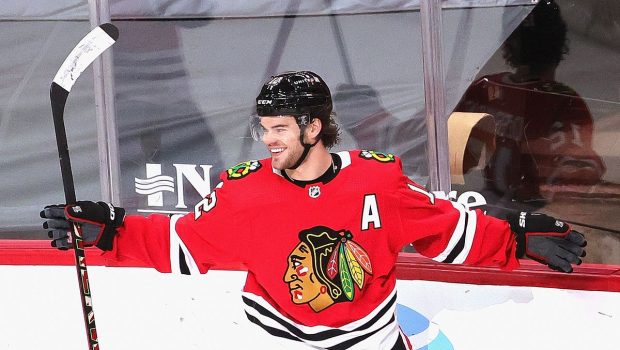 According to SportsNet’s Elliotte Friedman, the Blackhawks and Flyers talked trade centered around Alex DeBrincat, but Chicago’s ask might have been a little too steep.

“I’ve been working on this for a couple of days, and I do think Philly and Chicago were engaged in talks on Alex DeBrincat, definitely,” Friedman said on his “32 Thoughts” podcast.

“What I’d heard was that things that were being talked about there included the fifth overall pick, the one that the Flyers have in Thursday’s draft. … Somebody reached out to me on Monday night before we recorded this podcast and said don’t continue going down that road.

“What I think happened is Chicago asked Philly for the fifth overall pick and I don’t think Philly wants to do that. I think Philly has decided, at least at this time, that that does not make sense for them and that they’re better off keeping the pick than trading it for DeBrincat.”