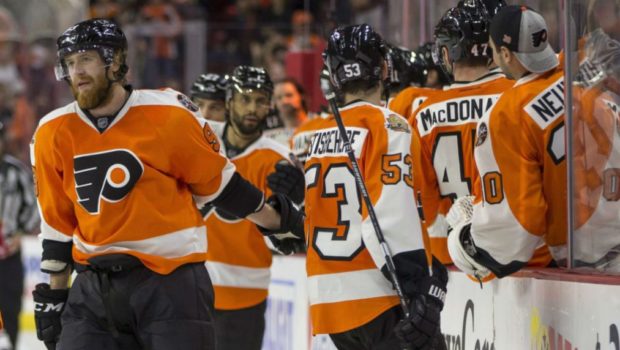 FLYERS WANT THEIR FANS TO DITCH THE RIC FLAIR ‘WOO’!

It’s not often you hear an NHL player say they’re annoyed by their own fans, but that’s exactly what’s happening at the Wells Fargo Center these days.

It started when Flyers rookie Travis Konecny got fired up after a scrum with Calgary Flames rookie Matthew Tkachuk.

Konecny let out a Ric Flair “Woo,”‘ and the team’s fans took it from there.

While it seems innocent enough, this is not a case like the cannon in Columbus: something designed to fire up the home team while getting under the skin of the opponent.

Instead, according to Flyers writer Tim Pinaccio, the ‘wooing’ is having the opposite effect on Philadelphia’s players.

If that’s not enough, head coach Dave Hakstol is also not a fan of the woo.

So there you have it, Flyers fans. It’s time to ditch the “Woo.” and clap politely like everyone else.