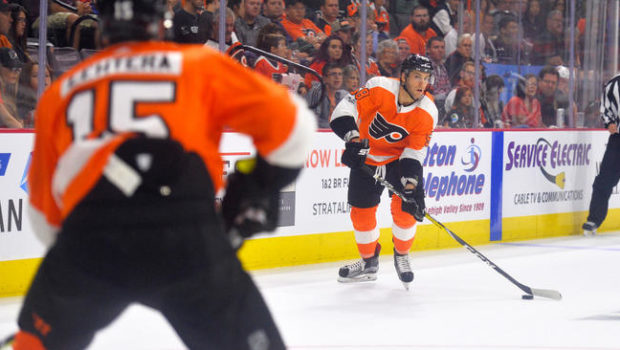 The 23-year-old Leier grew up an offensively gifted player, but quickly learned after juniors that many others were as skilled or more. He’s adjusted his attitude to accept whatever role he’s given.

Leier scored 13 goals to go with 24 assists in 48 games last season with the Phantoms, despite missing time with a neck injury

After the Islanders scored to tie it with 24 seconds left in regulation, 2017 first-round pick Jordan Patrick made a sweet pass to Phantoms and Flyers favorite Shayne Gostisbehere for the game-winner 53 seconds into the 3-on-3 overtime.

“That was an NHL pass,” Gostisbehere said.

Flyers General Manager Ron Hextall said before the game that he expects to make a few more cuts today, but how many depends on how well those who played in the split-squad games grade out.

There are 10 days remaining in training camp.