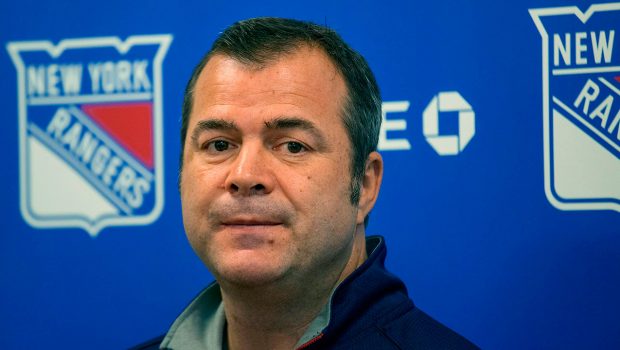 The Flyers are talking to former New York Rangers and Vancouver Canucks coach Alain Vigneault, having been granted permission from the Rangers to speak to Vigneault, reports Sportsnet’s, Elliotte Friedman.

Vigneault has one year left on his existing deal with the Rangers and is due to see a pay increase while sitting at home.

If the Flyers want him, they’ll probably have to offer more than $4.25 million and assume some of his salary for the coming 2019-20 season.

Vigneault is next scheduled to lead Team Canada at the upcoming World Championships. Any deal could be announced before he starts that job.

The Flyers have said that there is no timetable to name a new head coach, but it would be “well before” the draft in June.