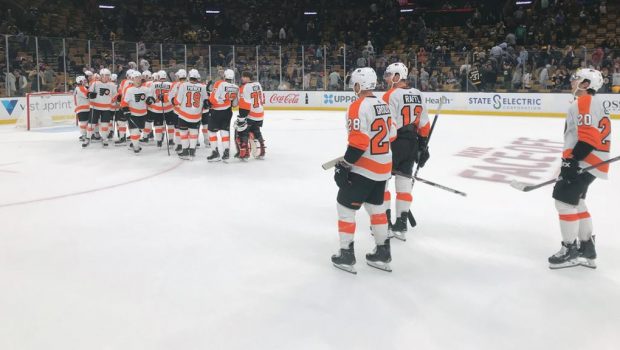 Michael Raffl and Brian Elliott led the Flyers to a 4-1 win over the Bruins in their last game of the preseason.

The Flyers ended with a 4-3-1 record, snapping a three-game losing skid.

Mikhail Vorobyev recorded a pair of assists in the game… He appeared in seven of the Flyers eight preseason games, which led all Flyers. He also led the team in scoring through the preseason with seven points (2g-5a) in seven games… He recorded points in five of the seven contests.

Sean Couturier and Wayne Simmonds each made their preseason debut: Couturier appeared in 15:01 of ice time, had three shots on goal and won four of five face-offs.

Simmonds recorded a goal and an assist in his return and was a +3.