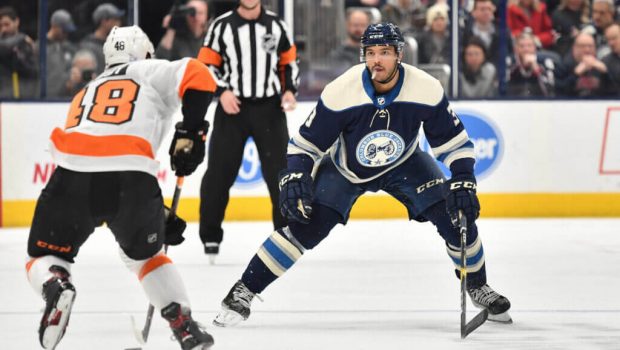 It has been posited that when defenseman Matt Niskanen retired, that was the beginning of the Flyers awful 2020-21 season, in which they missed the playoffs yet again.

That, and COVID and Carter Hart’s meltdown and a total lack of chemistry and scoring.

So, how to fill the Niskanen absence?

Sportsnet’s Elliotte Friedman reported Saturday that Seth Jones had informed Columbus that he would not be re-signing with them before his contract expires after the 2021-22 season.

The Athletic’s Aaron Portzline later reported that barring a change of heart by Jones, the Blue Jackets are likely to trade him this offseason rather than risk losing him for nothing in a year, with a deal likely to happen near the NHL Draft in July.

It’s no secret that the Flyers’ most glaring roster need is a high-end, right-handed defenseman.

4 thoughts on “FLYERS SNIFFING SETH JONES TO REPLACE NISKANEN, A YEAR TOO LATE!”