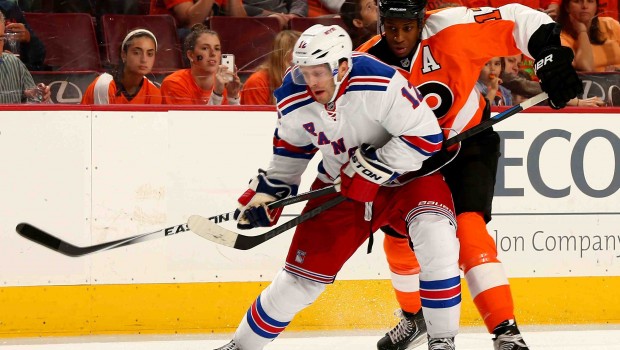 Revenge is a dish best served on ice.

Wayne Simmonds (right in above photo) scored in the second period, and the Flyers beat the New York Rangers 4-2 in a preseason game Tuesday night, squaring the home and home series with the Rangers who beat the Flyers Monday night in New York.

Sean Couturier scored in the first for Philly, which lost 6-3 to the Rangers on Monday night. Ray Emery, who also had missed time with a lower-body injury, had 24 stops.