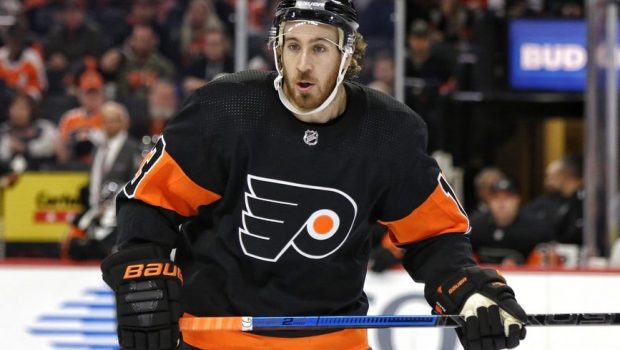 FLYERS SIGNING KEVIN HAYES HAS MADE A WORLD OF DIFFERENCE!

It didn’t take long after the Flyers signed Kevin Hayes to a seven-year, $50 million contract that the cynics weighed in:

Flyers fans thought GM Chuck Fletcher was crazy for paying over $7 million per year for a player who had topped 50 points just once in his career.

While Hayes has not been leading the team in scoring, his impact has been immense and he has lived up to that sizable contract thus far. He has scored at a decent clip, 20 points through 36 games, though his greatest impact has been felt on the defensive side of the game, especially on the massively improved penalty kill.

The Flyers of the past were famous for blowing leads on a regular basis. This season has been a pleasant change, largely thanks to Hayes’ stellar defensive play in the 18:03 of ice time he averages on a nightly basis. Most importantly, he has been a steadying presence on the team’s penalty-killing (PK) unit. Thanks to him, the Flyers’ PK, typically among the league’s worst, has skyrocketed to the top 10 this season.