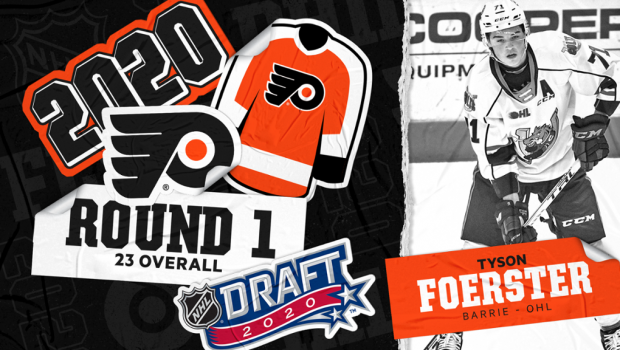 The Flyers have signed right wing Tyson Foerster, their first round selection (23rd overall) in the 2020 NHL Entry Draft, to a three-year entry-level contract.

“Tyson obviously has a lot of offensive gifts. He can shoot the puck tremendously well. Goal scorer. Playmaker. Great hockey sense. Really good size. He’s got a lot of attributes,” said GM Chuck Fletcher after Day 1 of the Draft.

“I think the good thing about Tyson was very good with self-awareness, of his strengths and the areas that he needs to improve. He’s worked very hard on those areas during the pause. We expect he’ll continue to develop into a pretty good player.”