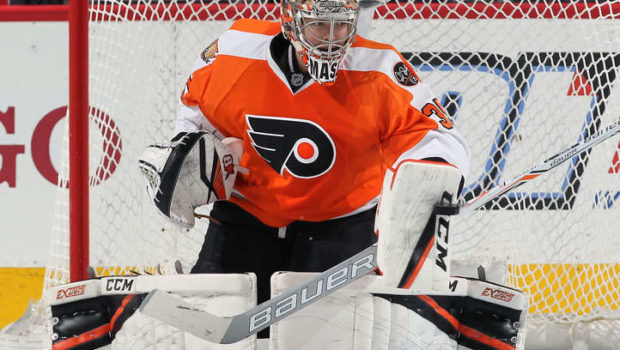 FLYERS SHOOT FOR THE STARS AND THEIR 11TH STRAIGHT TODAY!

The Flyers are in Dallas this afternoon shooting for their 11th straight win!

Philly (19-10-3) has won 10 straight games for the third time in franchise history and is looking extend the hot streak against the Dallas Stars (12-14-6).

“I’ve never been part of anything like that, it’s been absolutely amazing,” Flyers right wing Jakub Voracek said. “You’ve got to enjoy it while it lasts … it shows you how good we play this season, enjoy it.”

The Flyers have been the hottest team in the league for a month and special teams have been a key factor. It is second in the NHL on the power play and converting at 23.5 percent.

“We’ve all played together for a long time,” Simmonds said. “It’s kind of like second nature with the puck and knowing where all your options are. We often have two to four options per guy, no matter who has the puck. I think that’s the key for us and makes it a lot easier.”

The Stars are on the other end of the spectrum and trying to bounce back from a 2-0 loss to the New York Rangers on Thursday. After entering the season as one of the trendy picks to reach the Stanley Cup Finals, the Stars are outside of the playoff picture after 32 games and the offense hasn’t been firing on a consistent basis.

It’s been particularly frustrating on the power play, where the Stars had looks but couldn’t convert on five opportunities against the Rangers.

Dallas will be without center Cody Eakin, who was suspended four games by the NHL Player for charging Rangers goalie Henrik Lundqvist.

With Eakin out, Spezza will move back to his traditional role of center, while Curtis McKenzie will be back in the lineup after missing back-to-back games with an upper-body injury.

McKenzie had four points in his past five games before he sustained the injury.

“It was a bit frustrating with how I had been playing,” McKenzie said. “I feel good (today). I was able to keep skating with the injury, so it won’t be that big of an adjustment.”

The Stars are expected to give Antti Niemi another start in goal after he had a strong start against the Rangers. Niemi is 6-2-1 at American Airlines Center this season and has a 1.89 goals-against average and .940 save percentage.

Niemi will likely go up against Steve Mason in the Flyers’ goal. Mason has won his last eight starts and rebounded from a tough start to the season, where he once had a 5-8-3 record.