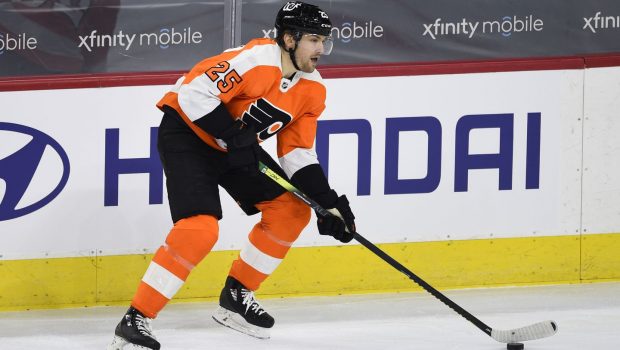 FLYERS SCRAMBLE FOR HEALTHY BODIES IN PREP FOR RANGERS!

The Flyers have been in COVID-19 hell for the past week.

Seven players were tagged as exposed to the coronavirus, though not tested positive, with the exception of Claude Giroux and Morgan Frost.

But they practiced yesterday and will again today in prep for their game tomorrow night against the Rangers at the Wells.

So, which Flyers will be available?

Sean Couturier, if he returns to practice, Kevin Hayes, Nolan Patrick and Connor Bunnaman down the middle. Defense could include all of Ivan Provorov, Shayne Gostisbehere, Travis Sanheim, Myers, Gustafsson and Robert Hägg. And both Carter Hart and Brian Elliott practiced, so they should be good to go.

It’s wing where the Flyers would be really lacking.

With Joel Farabee and James van Riemsdyk, they have just two bona fide top-nine wingers, and in Michael Raffl and Aubé-Kubel, two solid bottom-sixers. After that, it’s taxi-squadders. Here’s a stab at a potential lineup, assuming all non-protocol players are available (courtesy of The Athletic):

“It’s an opportunity for them to get a chance to play,” Vigneault acknowledged regarding the replacements. “Some guys have been waiting for that opportunity for quite some time, and now, because of our situation, because of players that are under the COVID protocol, there’s opportunity. Guys are going to have to jump on the opportunity and make the best of it.”