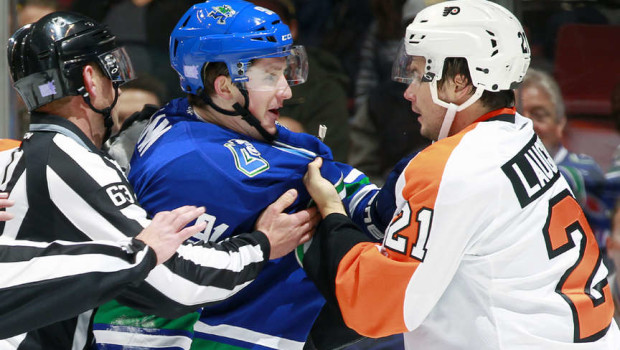 The Flyers head to the beach today for the Trial on the Isle, but they cleaned up some business yesterday:

Scott Laughton, the former first-round draft pick (20th overall in 2012) was given a two-year contract extension worth a total of $1.925 million.

Laughton finished the season with 19 goals and 39 points in 60 games. His plus-17 was the highest such number on the team. The Phantoms made the AHL playoffs for the first time in nearly a decade.

Laughton has appeared in 109 NHL games with the Flyers over the course of four seasons, including a 71-game campaign in 2015-16 where he had seven goals and 14 assists for 21 points.

While the Flyers are well-stocked at center, Laughton has put himself in a position to once again compete for a job in the NHL.