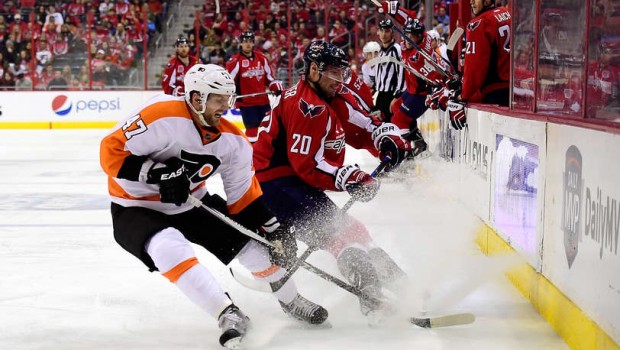 The Flyers announced that defenseman Andrew MacDonald is day-to-day with a lower-body injury.

And some cynics might say that addition by subtraction.

The defenseman was demoted to the AHL earlier this season despite his $30 million contract.

He has been averaging about 21 minutes of ice time per game, so that’s a consideration for a Flyers team hoping to chase the wounded Pittsburgh Penguins for a playoff spot during the stretch run.