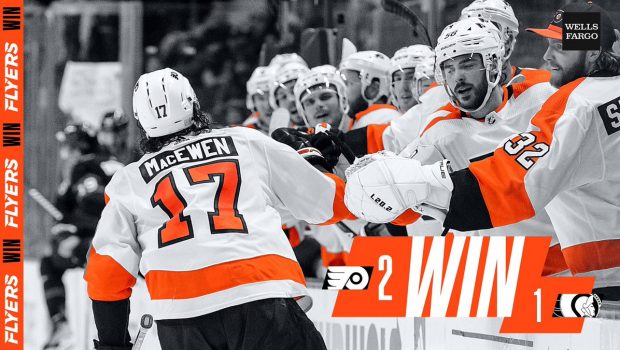 Giroux’s goal was the 300th of his career. He has now scored a goal against every team in the NHL.

Zack MacEwen’s second-period goal held up as the winner, while Kevin Hayes also scored for the Flyers (6-3-2). Carter Hart was solid stopping 31 shots.

Trailing 2-1 in the third, Ottawa had a chance for the equalizer after Travis Sanheim was called for interference on Giroux at the 13-minute mark, but failed to capitalize on the power play.

The Senators will look at the second period as a missed opportunity. Ottawa had three power plays and failed to take advantage or create many scoring chances.

The Flyers broke the 1-1 tie with just under two minutes remaining in the second period when Ottawa got hemmed in its own end. MacEwen grabbed a loose puck and wristed it past Talbot.

The lead didn’t last long as the Flyers evened the score with a power-play goal as Hayes tipped a Tony DeAngelo shot.