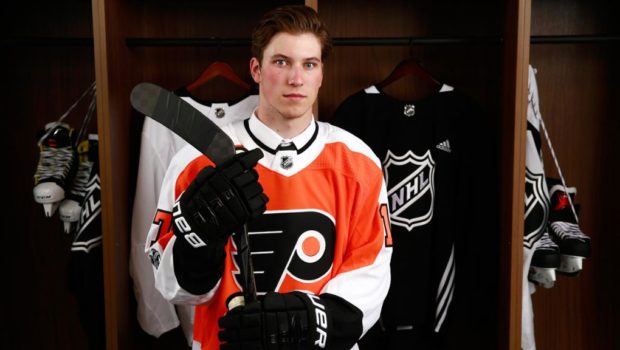 Flyers’ rook Nolan Patrick won’t play tonight in Minnesota but at least he was able to practice yesterday.

He accompanied the team on the road trip and is expected to play Thursday in Winnipeg.

“It’s early in the process,” Flyers coach Dave Hakstol said yesterday. “He’s on the front end of conditioning, timing and there’s a lot of things that have to come back to game level. That’s no different for any player, but certainly for a young player, he’s at the front end of that and he’ll continue to work hard at that.”

Patrick, the No. 2 overall pick in the 2017 NHL draft, has appeared in nine games this season, scoring one goal to go with two assists.