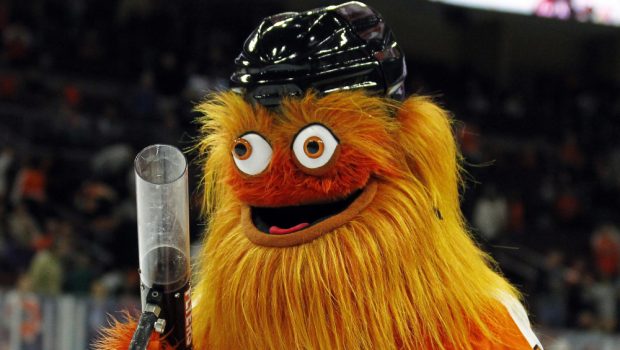 FLYERS RANKED NO. 5 IN NHL — IN THE MASCOT CATEGORY, THAT IS!

According to mascot mavens at ESPN:

“Gritty” appears to be the result of a gene-splicing experiment involving the Lorax, Grimace, “Animal” from The Muppets, Flyers defenseman Radko Gudas and a Tide pod, with the resulting creature having mainlined Wawa extra bold coffee to stay awake for several straight days. The mania surrounding this mascot upon his introduction is something we’ve rarely seen, as fans were aghast in the morning and then were basically getting Gritty tattooed on their backs by the evening. It’s hard to judge something this new, but the googly eyes alone warrant a high ranking: