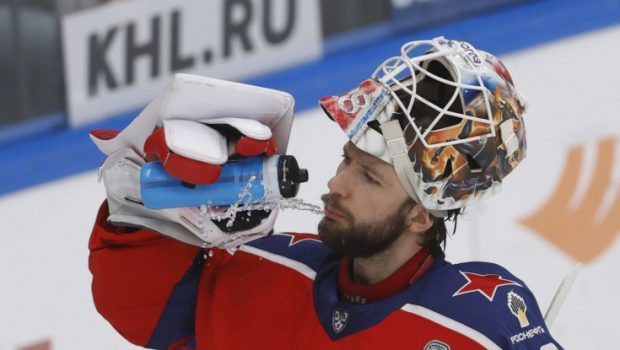 A report out of Russia has Flyers prospect Ivan Fedotov going to the Arctic to serve in the Russian Navy.

The Flyers’ 6-7 goaltender was hospitalized over the weekend for stress-induced gastritis.

He has reportedly been sent to the Russian Navy in Severomorsk which is in the Arctic Circle.

Fedotov was thought to be in the running for the backup goaltender job in Philly after a great KHL season where he was 16-6 with a 1.85 GAA and a .937 save percentage.

He was the goaltender for Russia at the Olympics where he led the team to a Silver Medal as well as backstopping CSKA to the Gagarin Cup which goes to the winner of the KHL playoffs.