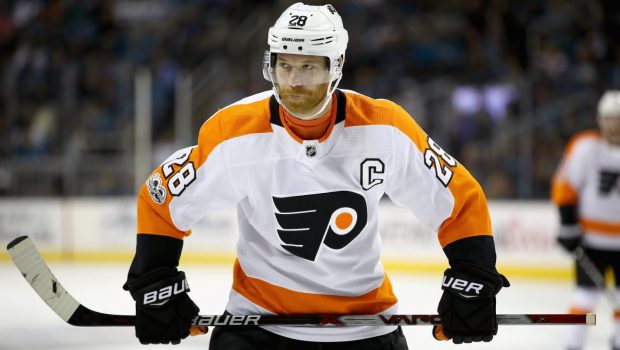 FLYERS BACK: COVID 6 (GIROUX TESTED POSITIVE) OUT FOR RANGERS!

The Flyers practiced today in Voorhees after their seven-day pause enforced by COVID protocols.

Head coach Alain Vigneault confirmed that Claude Giroux’s COVID-19 test came back positive last Tuesday, which led to the team’s game that night being postponed. Giroux and Justin Braun were added to the NHL’s COVID protocol list that night.

The Flyers had four games postponed last week. Last Thursday’s and Saturday’s games were already postponed prior to the Flyers’ shutdown. The Flyers last played Feb. 7 against the Capitals. Travis Sanheim missed the team’s 7-4 win that afternoon because of COVID protocols. Without Sanheim, the team practiced last Monday at Capital One Arena and was then shut down the following day.

The Flyers had 16 players practice today. Fletcher said the Flyers will have a group of eight players eligible to join practice tomorrow.

James van Riemsdyk, Sean Couturier, Nicolas Aube-Kubel, Philippe Myers and Erik Gustafsson did not practice today but have not been on the NHL’s COVID protocol list. Fletcher said the Flyers are following the league’s quarantine requirements. The league’s latest daily COVID protocol list will come out around 5-5:30 p.m. ET.

Flyers, who have been paused for a week and have 6 non-injured players on NHL COVID protocol list, are back practicing today. Team says based on quarantine requirements, eligible players can practice today or tomorrow. Philadelphia next plays Thursday vs. Rangers.