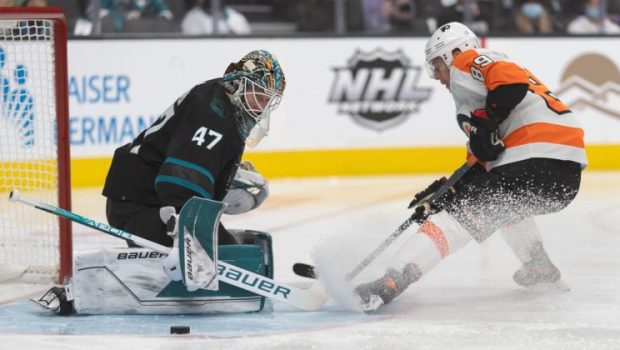 The 24-year-old Sandstrom made 43 saves in his first NHL appearance, but couldn’t stop Hertl from close range late in overtime after a good setup by Erik Karlsson.

Joel Farabee tied the game with 4:03 remaining in regulation and Morgan Frost also scored for the Flyers.

The Flyers extended their points streak to seven games, thanks in large part to Sandstrom.

“I thought he was outstanding,” interim coach Mike Yeo said. “He looked calm and he looked confident in the net. That’s what we’ve seen from him in practice. That’s sort of his demeanor, that’s my impression of him as a coach. That’s what you like about a goalie, that he doesn’t get rattled.”