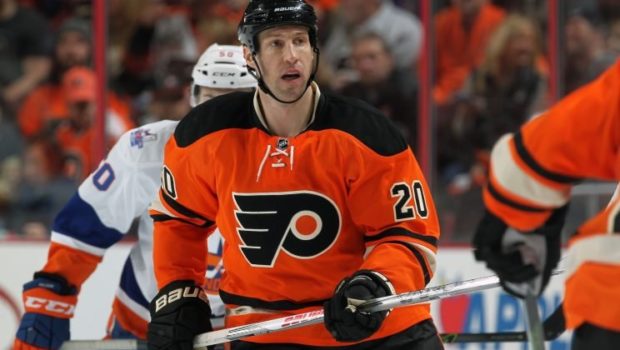 Umberger waived his no-movement clause and accepted a buyout, an indication from both sides that their reunion two years ago simply never worked.

Umberger was signed as a college free agent in 2004, and joined them in 2005. He played three seasons for the Flyers until 2008, when they traded him to the Columbus Blue Jackets. The Ohio State product found his game there, with four straight 20-goal seasons. That resulted in a 5-year, $23-million contract that started in 2012.

The Flyers reacquired him in June 2014 after Umberger was a healthy scratch several times during the previous season. Going the other way was Scott Hartnell, a tremendously popular Flyer but one whose contract ran two years longer than Umberger’s. It was the first big trade for new Flyers GM Hextall.

But Umberger showed that the decline in his output near the end in Columbus wasn’t an anomaly. He scored 15 points in 67 games last season, and just 11 in 39 games this season.

Hextall admitted the trade didn’t work for the Flyers.

“There were two parts to the trade essentially,” Hextall said. “The one was the space. I felt like two or three years for then it was going to be good for us, and I feel the same way now. Hartsy’s been a good player in Columbus.

“We need space, we’ve got guys that are coming up like Ghost (Shayne Gostisbehere) and (Brayden) Schenn and (Radko) Gudas. We need space. Hartsy played well for Columbus, and we’re essentially going to be out of it. So I’m fine with it.”

Umberger had one year left on his deal at $4.5 million. According to General Fanager, the Flyers will be on the hook for $1.6 million against the cap next season and $1.5 million in 2017-18.