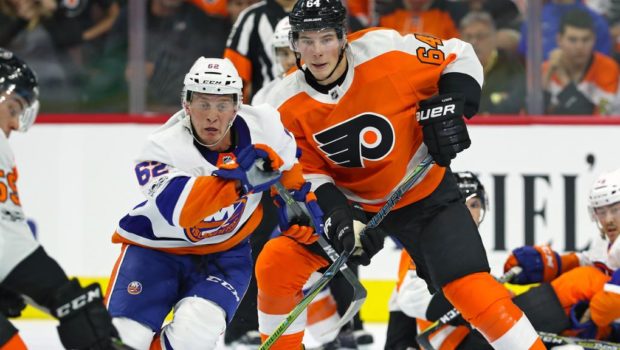 “I think everyone always wants things right away,” said Flyers rook Nolan Patrick, who had two goals and four points in his first 24 games. “When you come in, they want numbers right away and they want goals. They want all that immediately. I don’t know if it happens right away for every guy in their first year. Some guys do, some guys don’t. I’m confident that I can still get points and put numbers up but that’s not my main focus right now. My main focus is playing a good two-way game.”

So far, Patrick, the No. 2 overall pick in the 2017 draft, has averaged just over 12 minutes of ice time per night.

“It’s gotta be extremely tough,” said Dale Weise, who has played more with Patrick than anyone else on the Flyers’ roster. “Obviously you look at the top picks from the past couple years and they’ve had tremendous success. (Buffalo’s) Jack Eichel, (Winnipeg’s) Patrik Laine and stuff like that come in and impact right away. I think he’s doing a great job. He’s not in the role that those guys are in. He’s not playing big minutes.”

“In that time where I didn’t have minutes, I didn’t deserve to have any more minutes,” Patrick said. “I wasn’t doing anything to help the team. Obviously I haven’t been putting many numbers up lately, but I feel like our line has been getting some good offensive shifts and playing against other teams’ good lines. I think Weiser’s been good recently with how physical he’s been and he creates a lot of turnovers and space. Credit to him for helping the line. I’m feeling a little better lately.”

“Those aren’t easy things for any young person or young player to handle but I think he’s handled them pretty well,” coach Dave Hakstol said. “It’s not his first time being in the spotlight so I think he’s learned to deal with some of those expectations. The most important things are just being able to contain internally how you prepare, how you get yourself ready to play at a high level in this league night after night.”

He has had to fight through a concussion and sports hernia surgery in the last six months and last season missed significant time when the hernia was first addressed.

“Obviously you don’t want to be hurt but I think that helped with any adversity and being patient and things like that,” Patrick said. “You just gotta stay confident and believe in yourself that it will come.” 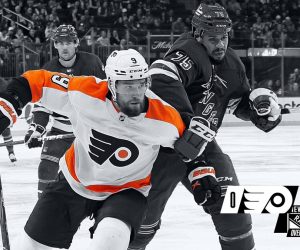